Years ago, I posted an article about “Kunt U Mij De Weg Naar Hamelen Vertellen, Mijnheer?” (Can You Tell Me The Way To Hamelin, Sir?), a Dutch Children’s TV show from the 1970s. In 2003, the story was converted to a musical.

One very nice person has posted the first hour of the slightly over 2 hours of the musical. However, there were problems uploading episode 7, leaving the viewers hanging. Fortunately, someone else posted the completed musical. 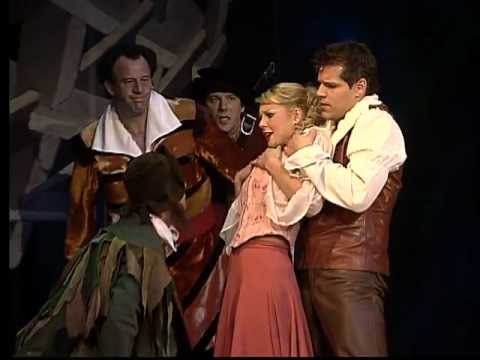 Thank you very, very much. This is a series I watched as a kid, eagerly awaiting every new episode (which was broadcast once a month for most of the series). It is absolutely fabulous to see Loeki Knol retelling her story, of how the children of Hamelin were taken by the Pied Piper, and how they found their way back, as an adult to her daughter.